The truth about testosterone. Here’s what really happens as men get older 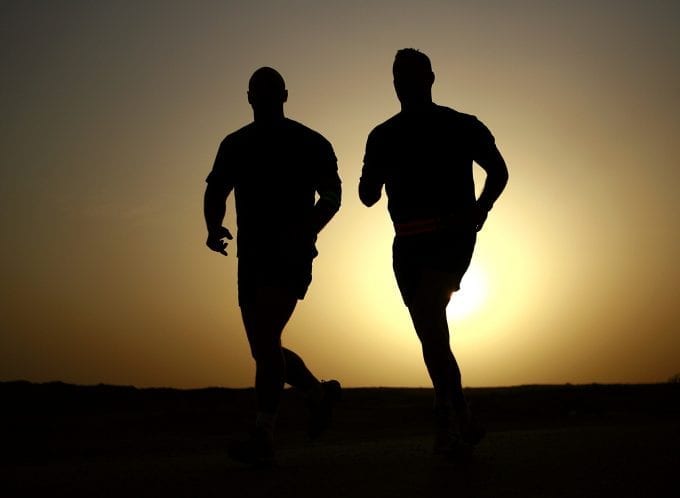 There’s no doubt testosterone plays an enormous role in men’s health. But can it really bring back your glory days?

It’s a chance for men to send questions in for discussion by Dr Rob McLachlan AM, whose credentials include:

What is testosterone and what does it do?

It plays a greater role in men’s health than many of us think, according to Doctor Rob.

But probably not in the way you expected.

Testosterone is not just the hormone that rules a man’s sex drive and erections.

“It’s a very broadly acting hormone. So it’s wrong to think of it just in relation to its sexual roles.

“You need it your whole life.”

So it’s true that men need testosterone their whole life. But don’t levels inevitably fall as you get older?

Suffering from lower testosterone levels as you get older is not inevitable, according to Doctor Rob.

“We have looked at men who are older and in good health (they don’t have any problems) and their testosterone levels are similar to what they were in their 20s — it doesn’t fall that much.”

He says a good lifestyle can slow down the march.

“Absolutely and that’s the message.

“So from a public health point of view, for an older man who perhaps is not feeling as energetic — or for whatever reason is concerned about his testosterone status — clearly it needs to be checked,” he says.

“Because something may have happened that needs to be medically addressed.

“But on the whole, one is going to be looking at his lifestyle and exercise, his weight and all those factors.

“That’s where the change in his good health will come from, it will come from somewhere he can directly control and it won’t be coming from a bottle,” says Doctor Rob.

Can you bring back ‘lost’ testosterone?

OK, now for the good news.

In a word yes, these changes are reversible, says Doctor Rob.

Obesity is the primary driver of low end testosterone levels in middle aged and older men.

“If say you used to weigh 85 kilograms and now you’ve drifted up to 115 kilograms (you’ve let it slip a bit) you can lose even half that weight, back towards your ideal weight.

“And it will lead to substantial improvements in your energy, and in your muscle function and all those other things.

“And your testosterone will come back up. So this is a reversible phenomenon.”

Does that mean you have to join a gym?

“Gyms are a particular environment that some people love and some people hate,” says Doctor Rob.

Any form of exercise will help, along with improvements to your diet, stopping smoking and not drinking excessive alcohol.

Think of these like little parts of the equation that you can chip away at, which will lead to weight loss and better health.

“It could be any number of things that you want to do,” he says.

“That’s what puts the pep back into your step, it’s not going to come from a syringe.

“It’s going to be from recognising that it’s your lifestyle on the whole that is a major driver of how you feel along the way.”

So should you consider testosterone therapy?

“In some areas like America, testosterone is being sold to men as a short cut to better health and really it’s something that’s been driven by the pharmaceutical industry,” says Doctor Rob.

“Clearly that stuff is fanciful.

“And unless you have a very clear medically defined testosterone deficiency (and there are criteria for that which your doctor can help you with) there is no place for topping up older men in the hope that you’ll rejuvenate them and get them back in the rowing team again.

“It’s just not going to happen and I think it’s a distraction,” he says.

“If the cause of something is defined, address the cause first…there isn’t a short cut.

The take home message is that you have control of your lifestyle, getting regular exercise and your exposure to things such as cigarette smoking or alcohol exposure.

“Each one of those has its role in taking the edge of you as you get older.”