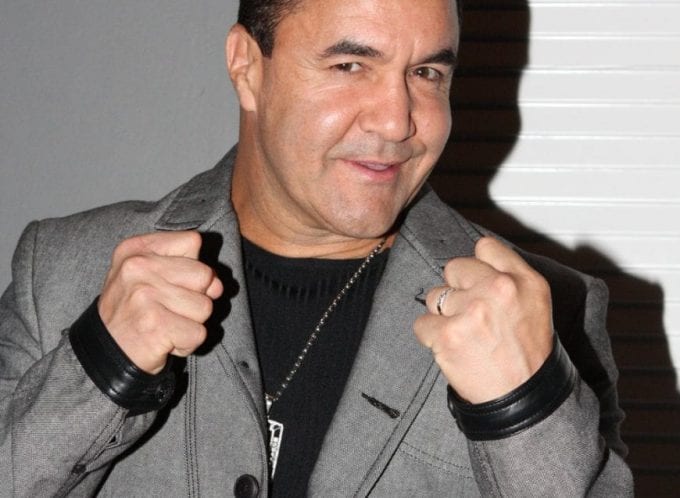 Boxing great Jeff Fenech might be one of the toughest men in Australia but he is only here today because his friends intervened after he told them he’d be OK. To just let him be and stop worrying.

Oh, and also because he had a piece of pig inserted in his chest to repair a blocked heart valve.

In Episode 7 (season 2) of The Shed Wireless, Jeff has a frank discussion with host Aaron Kearney about his sporting achievements, the importance of owning your mistakes and the perils of thinking you’re the tough guy when it comes to your health.

“Had I gone to sleep I wouldn’t have woken up,” says Jeff.

He’d been feeling unwell and physically weak for a few days and his heart was “pumping heavily”.

He concluded he’d feel better if he just slept it off.

“Had my friends not called the ambulance to my room…I wouldn’t be here today.

“So I try to live every day as great I can. I try to share with everyone else around me.”

Jeff accepts that he was pretending to be ‘the big tough guy’ and nearly lost his life as a result.

“They told me to go to hospital hours and hours earlier but I just thought I’m big and tough and healthy, I’ll get through it.

“But thank God and thank the team, that they went above me and did what they thought was right.

“And lucky they did or I wouldn’t be here.”

On the importance of communication

“I think communication is everything, I mean to be successful at anything and to enjoy what you do, you’ve got to be able to communicate,” says Jeff.

“And the situation we’re in at the moment…we all need to help each other through it,” he says, referring to the challenges of 2020 brought on by COVID-19.

“It’s not easy, it hasn’t been easy for anybody. And I think that a phone call (or) whatever you can do to make someone feel better is certainly gonna help at this time.”

On why it’s important to own your mistakes

“I’ve had my ups and downs but I think if that you can learn from your downs as well as your ups, you’re a better person for it. And I’ve certainly made mistakes in my life…I’m the first to admit when I’ve done something wrong and I’ll try to correct it.

“Without those mistakes I wouldn’t be the person I am.”

“If you want to move on and get on with your life you’ve got to realise that, I made a stupid bloody mistake and I’ve got to move on,” he says.

Jeff Fenech was speaking to Aaron Kearney, host of The Shed Wireless. You can listen to the full interview in Episode 7 (Season 2) at this link or wherever you normally get your podcasts.